The Importance Of Learning Spanish Language 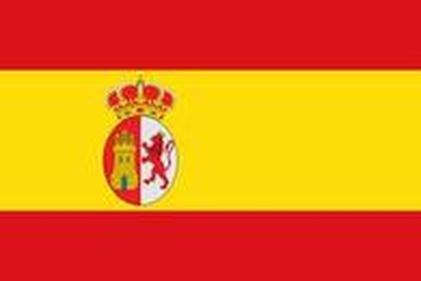 Learn Spanish Course
Button Text
Some few decades back, Learning Spanish (or any other language for that matter) was the farthest thought anyone can have. This was before the supersonic air transport, the advent of cell phones, the invention of the Internet and the ubiquitous satellite television.

Then, the world became smaller, faster, and more personal. A businessman talks to his partners halfway around the world in real time.

Whatever is happening at any part of the world is seen live as it happens. Sending a complicated document, a picture, recorded video or audio takes seconds or at most a minute or so.

For a long time, Americans are not obligated to learn another language besides English.
Today, globalization is the biggest reason why people saw the need of communicating with people from other countries.

Today's trend indicates that Americans are studying Spanish in record numbers. The perceived reason is that so much business opportunities are out there. (NAFTA was cited as one reason why American businessmen chose Spanish as their second language.)

According to Businessweek, MBA students around the world choose to become trilingual, the choices being English, French and Spanish. It also helps that the two of the top ten MBA schools outside the US is located in Spain.

One compelling reason in learning Spanish is the fact that there are about half a billion people who speaks the language. Half of the population in the Western Hemisphere (the Americas) speaks Spanish. This makes it a primary language for as many people as English in this part of the world.

Except in Portuguese-speaking Brazil, Spanish is extensively spoken in South and Central America. In the United States, Spanish is the second most-widely spoken language after English.

With Spanish spoken in more than 21 countries worldwide, learning Spanish seems like a must. This is particularly true in the US and Canada which do business with many Latin American countries in the same hemisphere.

For people fluent in both Spanish and English, opportunities abound and grow everyday due to the rapid expansion of Spanish-speaking populations. Being bi-lingual at these times translates to more and better opportunities in both business and work.

Knowing and understanding a language definitely exposes one to the culturally enriching aspects of that other society. Staying competitive today means learning more about other cultures and being able to interact with them.

Today, Latin America as a region is expanding their economies, and as such they become more and more important trading partners. Business between the U.S. and these countries are getting more and more upbeat, making the Spanish language an important asset for the American businessman.

In the recent past, people worked to educate themselves to keep up with technology after the post-industrial era. Today, people are now increasingly educating themselves with enough languages (learning Spanish is the top choice) to keep up with the rapidly-expanding business horizon.